The Steering Committee has been established to provide an effective representative governing body of the AusSeabed program. It provides strategic direction and leadership in guiding AusSeabed to best achieve the vision for national seabed mapping data: 'collect once, use many times'. Membership consists of an equal and fair representation of the various sectors that participate in the AusSeabed initiative. The Steering Committee is composed of three standing members (Geoscience Australia, Australian Hydrographic Office and CSIRO Marine National Facility), up to nine other national members and one international member. 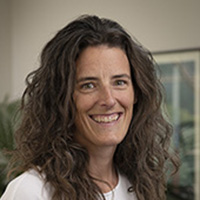 A passionate marine geoscientist, Kim has been with Geoscience Australia since 2012. Over her 20 year career, Kim has worked for three international geological surveys where she has occupied technical through to leadership roles and has sailed on over 30 multi-disciplinary expeditions around the globe. Her research focus is on seabed mapping techniques and understanding the processes that shape the seafloor across a wide range of marine environments. Kim has been the AusSeabed Steering Committee Chair since its inception in 2018, and is the deputy-chair of Australia's National Marine Science Committee. Kim works closely with the international community, through projects such as Nippon Foundation-GEBCO Seabed2030 and GeoHab, to raise the profile of seabed mapping and marine geology globally. 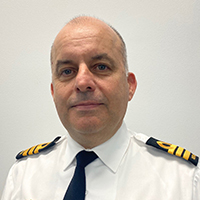 Nigel has been working in the Hydrographic Survey industry for over 30 years. This includes over 12 years with the Navy Hydrographic Force in Cairns, 12 years as a Survey Manager with Fugro working in the global commercial LiDAR sector, and 3 years running his own survey consultancy. In 2017, Nigel re-joined the Navy to take up a Quality Control role at the Australian Hydrographic Office where he reviewed MBES and LiDAR datasets submitted for charting. In late 2019, Nigel was promoted to Commander and took on the new role of Assistant Director National Hydrography Program (ADNHP) where he is responsible for implementing the operational aspects of the new HydroScheme Industry Partnership Program (HIPP). 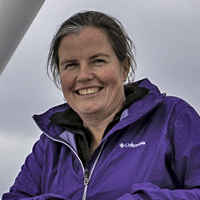 Cath leads the Marine Science Team for the Marine Parks Branch, Parks Australia. Parks Australia manages 58 Australian Marine Parks which cover around a third of Australia’s marine jurisdiction. Parks Australia is a key end-user of high resolution multi-beam mapping, which is a critical first step in determining the marine biodiversity in the parks. Cath has been a marine park manager for the last 13 years and during that time has also managed marine parks in the Pilbara, Western Australia and Tasmania. Prior to this Cath was a marine research scientist primarily working on human impacts on marine habitats in Tasmania and Antarctica. Cath completed her PhD at the Institute for Antarctic and Southern Ocean Studies, University of Tasmania where she studied deep-sea sediment cores and Antarctic ice cores to look at the role of the Southern Ocean in driving large scale climate change. 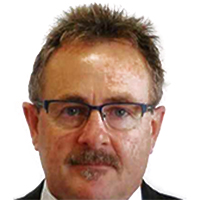 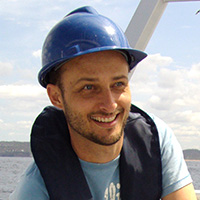 Tim is a Research Scientist in the Coasts and Marine Science Team for the NSW Department of Planning Industry and Environment. Tim has worked for state Government in the Environment portfolio for the past 25 years with seabed and habitat mapping his key research focus since 2004. He is currently working on SeabedNSW, which aims to map the state's secondary sediment compartments and ultimately provide a seamless state-wide Digital Elevation Model (DEM). Other research areas include coastal oceanography, biogeochemistry, pollution, sediment contaminants, diatoms and microbial genetics. Tim is also the NSW deputy Node Leader for NSW Integrated Marine Observing System (IMOS) and has managed long-term monitoring at the Port hacking National Reference Station off Cronulla, Sydney since 1999. 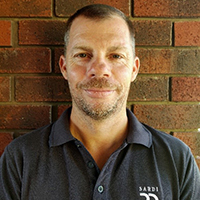 Mark is an oceanographer with the South Australian Research and Development Institute (SARDI) in Adelaide. Mark leads the SARDI Oceanography sub-program and the Integrated Marine Observing system (IMOS) Southern Australian Moorings sub-facility. He oversees a team of oceanographers, ocean modelers and technicians that collaborate across state government agencies, universities, and industry to deliver integrated scientific outcomes that support the sustainable use, development and optimisation of South Australia’s marine resources and blue economy. Mark’s teams rely on seafloor mapping data to develop ocean models which are used to provide a better understanding of the marine environment and its circulation. 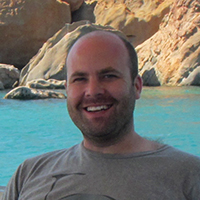 Iain is a Senior Research Fellow at the Centre for Marine Science and Technology (CMST) at Curtin University. Carrying out teaching and research in underwater acoustics and seafloor mapping for 17 years, Iain has been part of various projects, including mapping deep water habitats of Ningaloo Marine Park, seagrass meadows in the Swan River, and seabed biodiversity in the Kimberley Marine Park. Iain's other research has included marine bioacoustics, underwater sound propagation modelling and sonar detection of marine fauna. Iain has given lectures for various units at Curtin University, including Atmospheric and Oceanographic Sciences, Fisheries Acoustics, Hydrographic Surveying and Marine habitat mapping. Iain is also on the Federal Council of the Australian Acoustical Society (AAS) and is Chair of the Western Australia Division of the AAS. 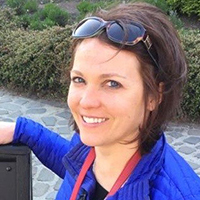 Mary is a Research Fellow at Deakin University working with the Deakin Marine Mapping Group. Her background is in seascape ecology, using seafloor data and oceanography to understand patterns and processes of species, communities, and ecosystems in the marine and coastal environment. Seafloor data, particularly multibeam data, has been a big part of her research. Prior to coming to Australia, she worked with the Seafloor Mapping Lab to collect, process, assess quality, and produce deliverables of multibeam data along the entire coast of California as part of the California Seafloor Mapping Program. Simultaneously, she was using these data to understand distributions of fish species, fish communities, and kelp forests along the California coast to inform her PhD dissertation. She has and continues to have experience working on both the acquisition and user side of seafloor mapping data and understands the importance of this type of information for advancing knowledge in the marine environment. 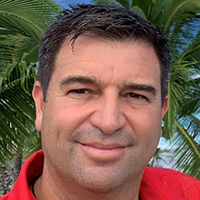 David is passionate about the geospatial domain, in particular the maritime domain, and the people working within it. With a background as a military Hydrographer, he has been the Hydrographer of the Royal New Zealand Navy and Director Geospatial Intelligence New Zealand. He has held Chairmanship positions with the Australasian Hydrographic Society and the NZ Government KiwImage Board, and membership positions on numerous NZ Government and international hydrographic and geospatial intelligence boards/bodies. On departing the New Zealand Defence Force in 2019, he assumed the role of Managing Director Australasia for IIC Technologies Ltd, a global 'full-spectrum' geospatial provider with long-standing relationships in this region. David is actively involved in a number of geospatial societies, bodies and working groups. 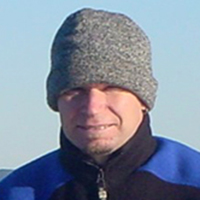 Kevin is a Marine Geologist focused on the management of marine data including bathymetry, oceanography and marine biology. Since 1998, Kevin has worked on the collection, processing and management of bathymetric data and has been involved in more than 20 expeditions, ranging from the tropical Pacific to the Ross Sea in Antarctica. Over this time, he has authored 15 bathymetric charts and maps. Kevin is the New Zealand delegate for the International Oceanographic data and Information Exchange (IODE) Committee of the Intergovernmental Oceanographic Commission (IOC) of UNESCO and is a member of the GEBCO Sub-Committee on Undersea Feature Names (SCUFN). In 2017, Kevin was presented with an Award of Merit for Scientific and Technical Achievement from the Australasian Hydrographic Society. 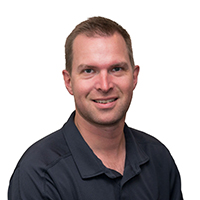 Martin has 15 years of experience as a hydrographic surveyor, commencing his career in the UK undertaking surveys in the North Sea and Irish Sea. Martin is currently a Senior Hydrographic Surveyor at iXblue Pty Ltd and has been involved in nautical charting surveys for Land Information New Zealand (LINZ) and the HydroScheme Industry Partnership Programme (HIPP) along with Tidal Gauge verification surveys for AMSA. Prior to joining iXblue Martin spent five years at the Port Authority of New South Wales undertaking safety of navigation surveys within Port Jackson, Port Botany, Eden and Yamba. Martin is a Certified Professional Hydrographic Surveyor (CPHS Level 1) and is currently a member of the Surveying and Spatial Sciences Institute (SSSI) Hydrography Commission. Martin also holds a PgDip in Advanced Hydrography, an MSc in Environmental Coastal Engineering and a BSc in Oceanography with Marine Biology and is an AMSA Certified Coxswain. 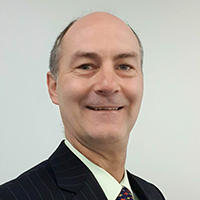 Richard has over 25 years’ experience as a hydrographic surveyor and is the Managing Director of Hydrographic & Cadastral Survey—a company he founded in 2005. He is a strong advocate for building capacity and training in the seabed mapping community and has contributed to key community guidelines, including the Australian Multibeam Guidelines. Richard began nautical charting in 1996 conducting hydrographic surveys through the Royal Australian Navy (RAN). At RAN, he was the lead instructor and managed the RAN Hydrographic School, conducted Laser Airborne Depth Sounding operations from Cairns, and worked on hydrographic standards and quality assurance at the Australian Hydrographic Office. He left the RAN in 2014 to run his company full-time, conducting multidisciplinary surveys, training, and consultancy. He has previously served on the Australasian Hydrographic Surveyors Certification Panel (AHSCP), has been registered as Certified Professional Hydrographic Surveyor (CPHS Level 1) since 2006, and is a former Chair of the Surveying & Spatial Sciences Institute (SSSI) Hydrography Commission. 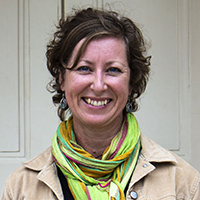 Mardi is a Postdoctoral Researcher in marine geoscience at the School of Earth and Atmospheric Sciences, Queensland University of Technology. Her interest is in cross-disciplinary research in biogenic carbonate sediments and structures at various spatial scales from calcareous epiphytes on seagrass to bioherms and reefs. Other research interests include seabed surface and sub-surface mapping for habitat characterisation and understanding geomorphic and geophysical processes. Mardi also utilises sedimentology tools and applications as an archive of past marine environments to inform current and future environmental change in the marine realm. Mardi is an alumnus of the ANZIC IODP Marine Geoscience Masterclass and the CAPSTAN postgraduate sea training program. She been involved in the acquisition of multibeam data as well as an end-user of derived spatial mapping products.