Western Australia is a big place and to put that into context you can fit 10 United Kingdoms within its borders. It has a long coastline that includes an abundance of offshore islands and reefs making near shore navigation a challenge. WA is also highly productive, with its economy heavily export oriented, seeing around half of Australia's total exports, by mass, of goods each year leaving from WA ports.

Due to the sheer size of Western Australia’s coastline, a large portion including the adjacent seabed has not been accurately mapped. To enable better management and sharing of the coastline data resources, the Western Australian State Government formed the WALIS Marine Group (WMG) initially in 2009 and reconvened again in 2016. The Group remains active, having collaborated to co-fund the Bathymetric Lidar projects “Cape Naturaliste to Two Rocks” (2009) and “Hillarys to Horrocks” (2016). Since then, it has been instrumental in co-funding the “Southern Coast Run” which is an Aerial Imagery project capturing the coast from Kalbarri to Israelite Bay every 5 years since 1960. The last Southern Coast Run was completed in 2019 and captured vegetation lines, erosion scarps, dune blowouts, infrastructure layout (groynes etc), vehicle tracks and the zero AHD contour. These WMG capture programs also looked at the threat of coastal inundation with 20% of WA’s dwellings and 30% of commercial buildings located within 1 km of the coast.  To better understand this threat WMG aims to support investigations by producing high-resolution Digital Elevation Models (DEM) of the coastal strip.

In 2021 a proposal to focus on the “Northern Coast Run”, a big missing part of the WA coastline, which covers the area from Kalbarri to Cape Leveque, a total distance of 2100 km’s, including the large intertidal flats of the Pilbara and the near shore islands was considered.

It wasn’t until earlier this year the WA Department of Fire & Emergency Services (DFES) approached DoT Maritime to prepare a competitive Grant submission for Federal Government’s Coastal and Estuarine Risk Mitigation Program to better understand coastal hazards and their impacts. The total funds available was $50 million with a maximum of $10 million per submission and a required 30% in-kind contribution. WMG saw an opportunity to access much needed funds to complete the proposed “Northern Coast Run”.

To ensure the grant outcomes were met frantic activity then ensued to identify significant infrastructure, population centres, environmental areas and areas of cultural significance that could be affected by these coastal hazards. Key hazards were inundation caused by tsunami, storm surge caused by cyclones that primarily impact the northern coastal areas and intense low-pressure systems impacting coastal communities in the south and southwest of the state. The resolution needed to ensure accurate numerical modelling of the threat and the requested funding meant several things:

Now the work begins in identifying the next phase of the Coastal WA Capture project, through consultation with the WMG members to prioritise the state’s coastal and marine areas. Plans to start working with the HIPP (Hydrographic Industry Partnership) team at AHO are on the way to ensure that there is no duplication of data capture for Western Australia. 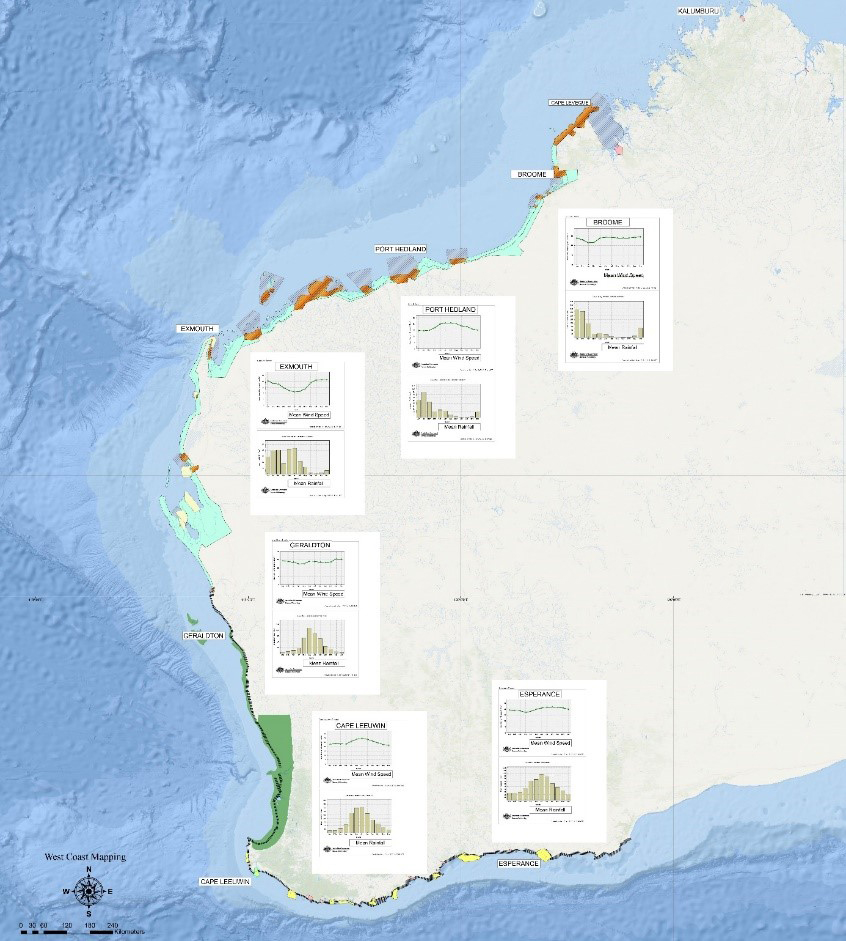